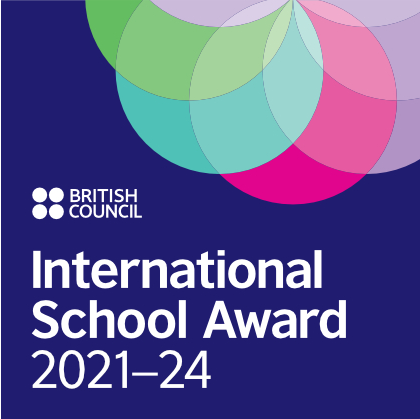 Having achieved the British Council International Award, we ensure we continually focus on different countries and cultures throughout the academic year.

Each term, children learn about a new country. Below, you will find information on our International Weeks - They begin by sharing what they already know and suggest things that they might like to find out about the countries. They learn about culture, the weather, food, clothes, animals and plants, buildings, customs and lots more. Sometimes parents or guests come in to school to share their own knowledge about a particular country.

During our International Weeks the children will make different things and do artwork illustrating some of the things that children have been learning about. Much of this artwork is displayed in our Open Studios art gallery.

Learning about Japan has been awesome with its amazing cities and landmarks, listening to the Japanese national anthem and learning about some of the different foods associated with this amazing country.

Year 1 and 2 even had a go at creating some origami swans.

We were incredibly lucky to welcome a special guest who has been to New Zealand and was able to answer lots of our questions about this place.

Egypt has amazed us with so much history hidden away in the pyramids and stories of Gods and rituals.

We were able to learn about the River Nile and how it’s used to support farming.

It’s been wonderful to learn more about Norway, learning lots of facts about landmarks, food, schools and transport. We were amazed by the Northern Lights!

Some of our class friends have visited and were able to show us lots of photos and tell us about their experiences.

We enjoyed learning about New Zealand, its flag, map and landscapes as well as some of the incredible animals and habitats found here.

Our International Week focused on New York was a great opportunity for the children to learn all about this amazing city, it's popular landmarks and culture.

There were some wonderful recreations of the 'Statue of Liberty' using clay. The children loved learning about the popular foods and loved looking at the photo's which Mrs Howes was able to share with the children. The children were able to remember lots of great facts and share these with others. 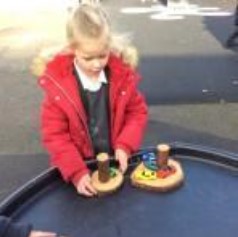 During International Week the children throughout school followed the curriculum with a focus on Turkey.

They learned about the national flag, how to get there, buildings, mountains, how to count and say Hello in Turkish. 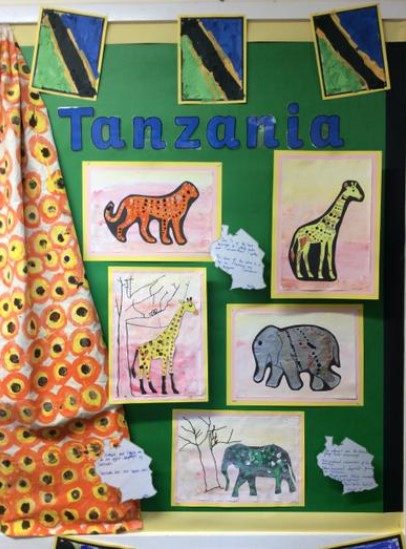 During International Week all the children in school focussed their learning around the country of Tanzania in Africa. They learned where to find Tanzania in the world.

A parent came to talk to the children in assembly about her safari holiday and showed them lots of photos of different animals. She informed them about schools and the different environment there. Lions, rhinos and warthogs are just a few of the animals the children were excited to find out more about.

In Year 1 the children created some of their own Tanzanian artwork. They have also learned how to count to 10 in Tanzanian.

In Reception the children made postcards and pretended they were travelling in a jeep and using their binoculars to see the animals. They worked really hard and carefully to create their own collage of the Tanzanian flag.

In Year 2 the children wrote a story about the animals, as onlookers travelling in a jeep. Tanzanian music was created with instruments. Many facts were researched and shared. 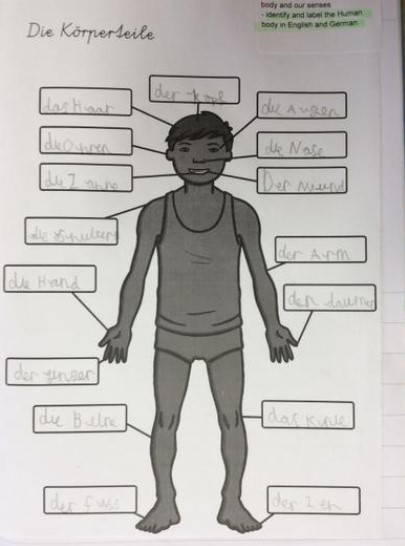 During International Week this term, the children learned about Germany.

Using atlases the children found where this country is in Europe. They found out that the River Rhine is the main river in Germany and that there are lots of castles alongside the river.

Some of the children made small and large castles from construction materials. They also painted the German flag. Greetings during register time were made in German and short phrases were learned and used throughout the day. In maths the children learned to count to 10.

Below is a picture of body parts labelled in German. 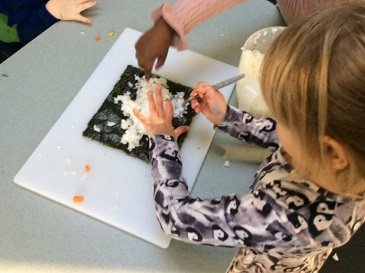 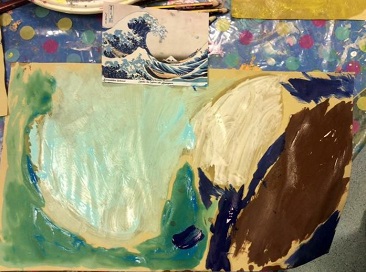 During Japan Week the children focused their learning on Japan. The children all did some artwork inspired by the famous painting of The Great Wave at Kanagawa. In Reception the children made sushi and made a suitcase for their travels to Japan.

During St. Lucia Week the children learned about the rich colours and animal and sea life in the Caribbean through their artwork. They also identified features of a volcano and found out what is inside a volcano. Some research on the Internet helped them to find out things about the weather, the capital city, food and drink and traditions.

During Canada Week some of the children learned how to label body parts in French because Canadians speak English and some speak French. Some children learned about the Notre Dame Basilica of Montreal. In Canada skiing is a sport popular in the Rocky Mountains.

The children's learning during International Week was focused on Dubai. At the beginning of the week the children shared what they already know about Dubai and then based their learning and activities throughout the week on Dubai.

Some of the things that the children in Woodpeckers class learned is that :

Our first week back to school after the half term break was International Week. All the children in school focused their learning on Spain for the week. The children learned about famous Spanish artists such as Picasso and Dali and created their own cubism pictures and studied surrealism. In maths they counted to ten or more in Spanish. Flamenco dancing was the theme in PE. They also learned about the geography of Spain and about some of the festivals and celebrations in Spain such as the Tomatinen and Running of the Bulls. Thank you to Mrs Fernandez our Spanish Midday Supervisor who visited each class for a question and answer session.