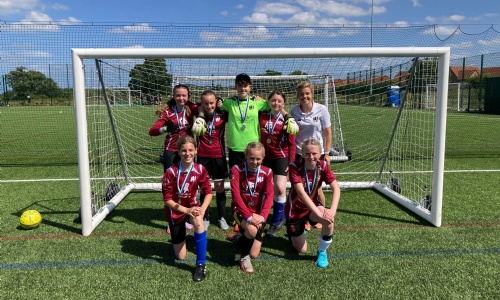 We headed to Aylsham High School for the U13 Girls Football Tournament. The sun was shining, and it looked set to be a great afternoon of football. 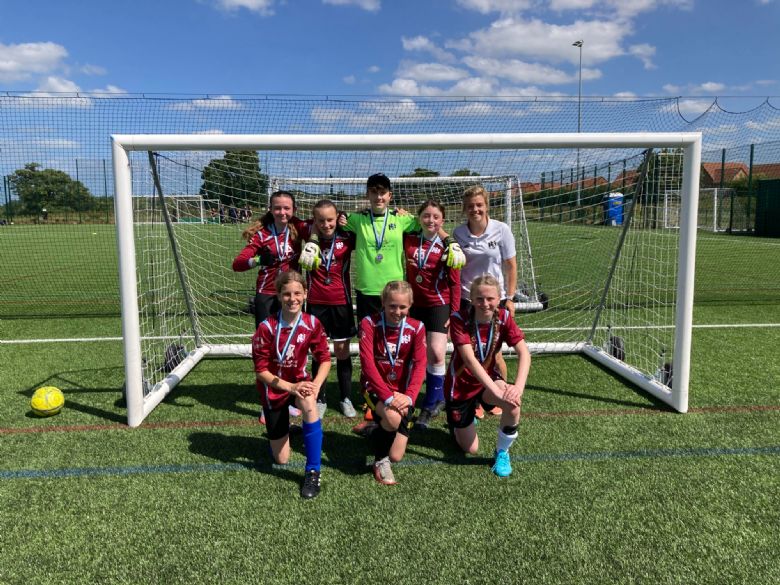 On Friday 10th June, we headed to Aylsham High School for the U13 Girls Football Tournament.  The sun was shining and it looked set to be a great afternoon of football.  We had been drawn in a group with Alderman Peel, North Walsham and Sprowston.

First up; Sprowston.  The girls fought hard but unfortunately lost with a 1-0 defeat.

Next group match saw us face North Walsham winning comfortably 4-0.  The final group stage saw a Wensum Trust clash versus Alderman Peel with Hellesdon winning 3-0.  We'd made it through to the quarter finals where we took on Fakenham.  It was a tough match but the girls fought hard to win 2-0.  Semi-final time!  This time we played against Cromer taking an early lead.  The girls continued to battle hard with the final score being 2-0.

We'd done it - we made it to the finals.  Who could our opposition be?  Sprowston.  They had already beaten us in the group stage 1-0 but with confidence that had increased throughout the tournament, who knows what could happen... Hellesdon took the lead with an outrageous free kick taken by Chloe.  We quickly went 2-0 ahead but Sprowston caught us twice on the break to level the score 2-2.  30 seconds left on the clock and Sprowston scored to leave the final score 3-2.

The girls played unbelievably well, the first time many of them had played on the same team together, and they represented the school with pride.  I am so proud of each and every one of them!  Well done girls - bring on next year!