On Thursday 4 November, our Year 7 boys participated in a rugby tournament at North Walsham RFC's Schools' Day, along with six other local schools.

The Year 7 boys began their day with a morning skills session that involved practice passing, tackling and rucking. The weather was far from ideal but, to their credit, they kept going despite the cold and wet conditions. Thankfully, the weather improved after lunch with the boys playing matches against all the other schools in attendance.

The Hellesdon boys went unbeaten throughout all of their games and showed fantastic improvement in their ability to pass the ball as a team. They also all displayed a real willingness in wanting to tackle an opponent, even though for some of them this meant going up against someone much bigger than them in size. One of the North Walsham coaches who was officiating their last game commented on one passing move involving most of the team as being ‘the best bit of rugby I’ve seen all day’ which was testament to how well the boys had listened to what the coaches had asked them to develop. 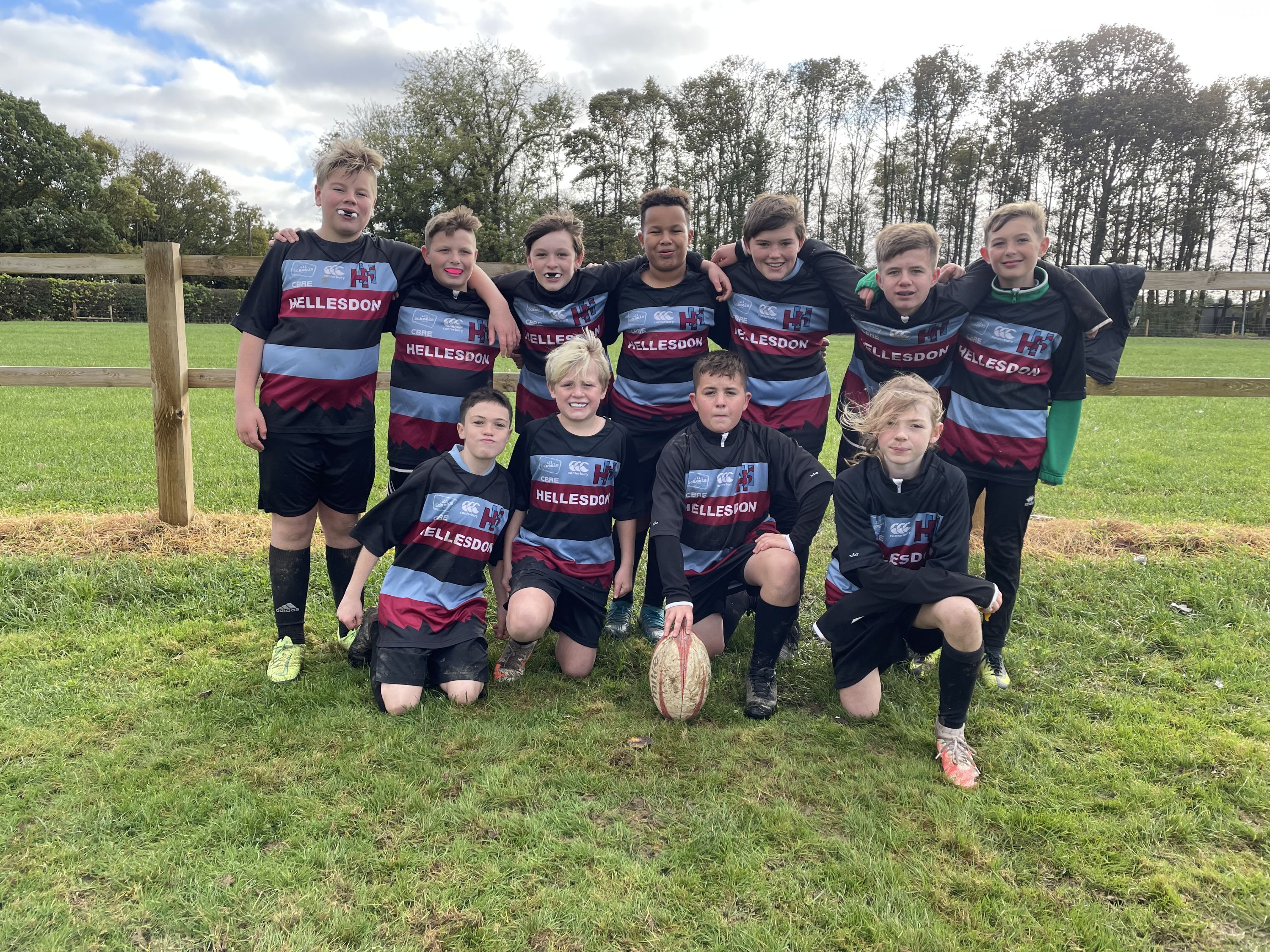 The only slight disappointment to the day was the announcement at the end that there was no overall winner (even though the boys had already worked out that they had achieved more points than any other school). All the boys showed tremendous improvement with their first competitive involvement in rugby, boding very well for the future!

Player of the Day: Cameron B, for the tenacity he showed when tackling, running aggressively with the ball as well as a superb attitude throughout the day.