On 01/02/2022, the U16 girls’ football team reached the Norfolk County Cup semi-final after a hard-fought 2-1 win against King Edward Sixth School.
Acle made a bad start when a looping shot managed to beat Kacey in goal. Apart from this, the defence of Jasmine, Rebecca, Millie and Ruby managed to deal with all KES attacks.
Acle were playing some lovely football and created a few chances before their dominance paid dividends when Amelia smashed the ball home from a corner. Darcey then saw a smashing drive canon off
the bar. The second half saw Acle defend the strong wind, which the defence did expertly.
Abi and Talya on the wings provided excellent width and worked hard throughout. Midway through the second half Acle scored what proved to be the winner when Beth latched onto a through ball and slotted the ball home. The girls will now face Cromer Academy in the semi-finals, so well done all involved.
On Wednesday the U14 boys team exited the County Cup after a 0-3 defeat to St Clements School. Acle arguably played the better football in this game but could not find the finishing touch to the chances created, whilst the visitors did. They have had a good cup run this year and we hope to improve on this next year. 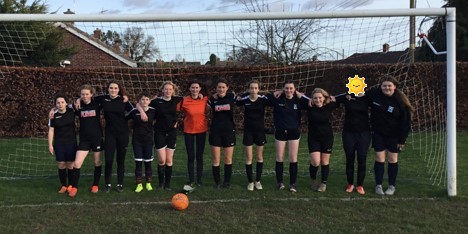